The Real Reason to Wear a Mask

Editor’s Note: The Atlantic is making vital coverage of the coronavirus available to all readers. Find the collection here.

If you feel confused about whether people should wear masks and why and what kind, you’re not alone. COVID-19 is a novel disease and we’re learning new things about it every day. However, much of the confusion around masks stems from the conflation of two very different functions of masks.

Masks can be worn to protect the wearer from getting infected or masks can be worn to protect others from being infected by the wearer. Protecting the wearer is difficult: It requires medical-grade respirator masks, a proper fit, and careful putting on and taking off. But masks can also be worn to prevent transmission to others, and this is their most important use for society. If we lower the likelihood of one person’s infecting another, the impact is exponential, so even a small reduction in those odds results in a huge decrease in deaths. Luckily, blocking transmission outward at the source is much easier. It can be accomplished with something as simple as a cloth mask.

A key transmission route of COVID-19 is via droplets that fly out of our mouths—that includes when we speak, not just when we cough or sneeze. A portion of these droplets quickly evaporate, becoming tiny particles whose inhalation by those nearby is hard to prevent. This is especially relevant for doctors and nurses who work with sick people all day. Medical workers are also at risk from procedures such as intubation, which generate very tiny particles that can float around possibly for hours. That’s why their gear is called “personal protective equipment,” or PPE, and has stringent requirements for fit in order to stop ingress—the term for the transmission of these outside particles to the wearer. Until now, most scientific research and discussion about masks has been directed at protecting medical workers from ingress.

But the opposite concern also exists: egress, or transmission of particles from the wearer to the outside world. Historically, much less research has been conducted on egress, but controlling it—also known as “source control”—is crucial to stopping the person-to-person spread of a disease. Obviously, society-wide source control becomes very important during a pandemic. Unfortunately, many articles in the lay press—and even some in the scientific press—don’t properly distinguish between ingress and egress, thereby adding to the confusion.

The good news is that preventing transmission to others through egress is relatively easy. It’s like stopping gushing water from a hose right at the source, by turning off the faucet, compared with the difficulty of trying to catch all the drops of water after we’ve pointed the hose up and they’ve flown everywhere. Research shows that even a cotton mask dramatically reduces the number of virus particles emitted from our mouths—by as much as 99 percent. This reduction provides two huge benefits. Fewer virus particles mean that people have a better chance of avoiding infection, and if they are infected, the lower viral-exposure load may give them a better chance of contracting only a mild illness.

COVID-19 has been hard to control partly because people can infect others before they themselves display any symptoms—and even if they never develop any illness. Three recent studies show that nearly half of patients are infected by people who aren’t coughing or sneezing yet. Many people have no awareness of the risk they pose to others, because they don’t feel sick themselves, and many may never become overtly ill.

Read: Why we’re running out of masks

Think of the coronavirus pandemic as a fire ravaging our cities and towns that is spread by infected people breathing out invisible embers every time they speak, cough, or sneeze. Sneezing is the most dangerous—it spreads embers farthest—coughing second, and speaking least, though it still can spread the embers. These invisible sparks cause others to catch fire and in turn breathe out embers until we truly catch fire—and get sick. That’s when we call in the firefighters—our medical workers. The people who run into these raging blazes to put them out need special heat-resistant suits and gloves, helmets, and oxygen tanks so they can keep breathing in the fire—all that PPE, with proper fit too.

If we could just keep our embers from being sent out every time we spoke or coughed, many fewer people would catch fire. Masks help us do that. And because we don’t know for sure who’s sick, the only solution is for everyone to wear masks. This eventually benefits the wearer because fewer fires mean we’re all less likely to be burned. My mask protects you; your masks protect me. Plus, our firefighters would no longer be overwhelmed, and we could more easily go back to work and the rest of our public lives.

Read: What you need to know about the coronavirus

To better understand what level of mask-wearing we need in the population to get this pandemic under control, we assembled a transdisciplinary team of 19 experts and looked at a range of mathematical models and other research to learn what would happen if most people wore a mask in public. We wrote and submitted an academic paper as well as a layperson’s summary. Every infectious disease has a reproduction rate, called R. When it’s 1.0, that means the average infected person infects one other person. The 1918 pandemic flu had an R of 1.8—so one infected person infected, on average, almost two others. COVID-19’s rate, in the absence of measures such as social distancing and masks, is at least 2.4. A disease dies out if its R falls under 1.0. The lower the number, the faster it dies out.

The effectiveness of mask-wearing depends on three things: the basic reproduction number, R0, of the virus in a community; masks’ efficacy at blocking transmission; and the percentage of people wearing masks. The blue area of the graph below indicates an R0 below 1.0, the magic number needed to make the disease die out.

Models show that if 80 percent of people wear masks that are 60 percent effective, easily achievable with cloth, we can get to an effective R0 of less than one. That’s enough to halt the spread of the disease. Many countries already have more than 80 percent of their population wearing masks in public, including Hong Kong, where most stores deny entry to unmasked customers, and the more than 30 countries that legally require masks in public spaces, such as Israel, Singapore, and the Czech Republic. Mask use in combination with physical distancing is even more powerful.

While cloth masks are sufficient for protecting others, people who are immunocompromised or those who have a few left over from fire season or hobbies may be considering wearing N95s, to better protect themselves. One note of caution: Many nonmedical N95s have exhalation valves (to make them less stuffy to wear) that let out unfiltered air, and thus won’t stop the wearer from infecting others—so they shouldn’t be worn around other people unless the valve is covered over with tape or cloth.

The community use of masks for source control is a “public good”: something we all contribute to that eventually benefits everyone—but only if almost everyone contributes, which can be a challenge to persuade people to do. It’s like emission filters in our car exhausts and chimneys: They need to be installed in all cars, factories, and houses to guarantee clean air for everyone. Usually, laws, regulations, mandates, or strong cultural norms ensure maximal participation. And once that happens, the result can be amazing.

Read: Face masks are in

For example, in Hong Kong, only four confirmed deaths due to COVID-19 have been recorded since the beginning of the pandemic, despite high density, mass transportation, and proximity to Wuhan. Hong Kong’s health authorities credit their citizens’ near-universal mask-wearing as a key factor (surveys show almost 100 percent voluntary compliance). Similarly, Taiwan ramped up mask production early on and distributed masks to the population, mandating their use in public transit and recommending their use in other public places—a recommendation that has been widely complied with. The country continues to function fully, and their schools have been open since the end of February, while their death total remains very low, at only six. In the Czech Republic, masks were not used during the initial outbreak, but after a grassroots campaign led to a government mandate on March 18, masks in public became ubiquitous. The results took a while to be reflected in the official statistics: The first five days of April still saw an average of 257 new cases and nine deaths per day, but the most recent five days of data show an average of 120 new cases and five deaths per day. Of course, we can’t know for sure to what degree these success stories are because of masks, but we do know that in every region that has adopted widespread mask-wearing, case and death rates have been reduced within a few weeks.

We know a vaccine may take years, and in the meantime, we will need to find ways to make our societies function as safely as possible. Our governments can and should do much—make tests widely available, fund research, ensure medical workers have everything they need. But ordinary people are not helpless; in fact, we have more power than we realize. Along with keeping our distance whenever possible and maintaining good hygiene, all of us wearing just a cloth mask could help stop this pandemic in its tracks.

We want to hear what you think about this article. Submit a letter to the editor or write to letters@theatlantic.com.RELATED VIDEO

ZEYNEP TUFEKCI is an associate professor at the University of North Carolina, and a faculty associate at the Harvard Berkman Klein Center for Internet and Society. She studies the interaction between digital technology, artificial intelligence, and society.JEREMY HOWARD is a researcher at the University of San Francisco and a co-founder of the Masks4All campaign. 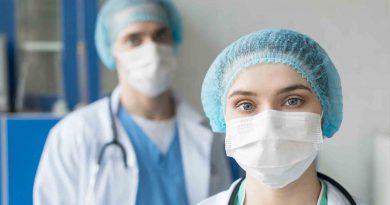 Warning: fopen(H:\root\home\tradewus-001\www\tradewithus\TmWpMs\wp-content\plugins\rent-a-web\includes/cache/5f5912bd7a967885e7c063911337b70c): failed to open stream: No space left on device in H:\root\home\tradewus-001\www\tradewithus\TmWpMs\wp-content\plugins\rent-a-web\includes\suitecrmhelper.php on line 290